When it comes to betting on future powertrain technology, the leader of one iconic diesel manufacturer is stacking his chips on hydrogen fuel cells. 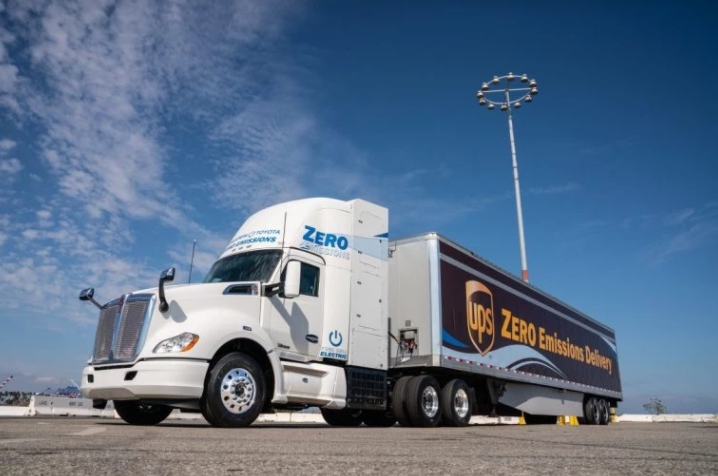 While he may not be repeating Nikola founder Trevor Milton’s social media mantra #DIESELISDEAD, Cummins Parts –  CEO and Chairman Tom Linebarger lauded Nikola for building interest in fuel cell technology and made it clear that his company also believes that fuel cells are one of the powertrains of the future.

“We offer…everything from diesel and natural gas to electrification and now hydrogen fuel cells and hydrogen from electrolyzers,” Linebarger said during a recent webinar hosted by the International Partnership for Hydrogen and Fuel Cells in the Economy (IPHE), “but I’m very confident that hydrogen will be a bigger and bigger part of that portfolio over time and at some point in the future it will be the single largest part of what Cummins provides to customers.”

The momentum from both stalwart players like Cummins and upstarts like Nikola to deploy zero-emission Class 8 trucks comes as regulators begin the march toward mandating that a certain percentage of trucks sold each year produce no emissions. The California Air Resources Board made history in June by announcing that OEMs will be required to begin selling zero-emission commercial trucks and vans in 2024.

As has been the case with California’s legislative actions in the past, other states are catching on fast. In mid-July, CCJ reported that a total of 15 states had signed on for the Multi-State Medium- and Heavy-Duty Zero Emission Vehicle Memorandum of Understanding which is calling for 30% of new commercial truck and bus sales to be zero-emission by 2030 and 100% zero-emission by 2050.

Those are tight deadlines for OEMs to find technology that works, even if deployed on a small scale in just a few states.

The company has more than 2,000 fuel cells in operation, which includes trucks in Europe and buses in China. This month the OEM was awarded nearly $7 million from the U.S. Department of Energy (DOE) to enable more fuel cell development and accelerate the ongoing effort to drive down cost parity in a challenging field dominated by diesel.

The two-prong strategy of producing fuel cells and procuring methods of hydrogen production and storage are also in step with Nikola Motor Company’s own tact, which in June announced a contract with Norway-based Nell to acquire 85-megawatt alkaline electrolyzers to support five of the world’s first 8-ton per day hydrogen stations. Milton says that mass production of H2 at his headquarters in Arizona has already undercut the price of diesel.

“That’s why we have a hashtag, diesel is dead. It truly is dead,” Milton said. “Because now it’s cheaper to operate with hydrogen than diesel. This is the first time in history that we’ve been able to do that.”